Tunlan is a matriarchal society ruled by a queen or princess, with the term seeming to depend upon the age of the monarch. Its culture and society largely revolve around music. Of particular note, while every other race in the first two games speaks a single common language, Tunlan's inhabitants speak a unique musical-based one. While this dismays some outsiders, others, such as Kuroura, are able to function at a professional level despite it. A magical instrument such as the Mestro or Famous Flute will allow the inhabitants to understand you, while the Cowl will allow you to understand them.

Tunlan possesses two royal treasures, the Time Key and Therapy Pillow. While the Time Key seems to have been destroyed along with the other Goddess Keys after the events of Breath of Fire, the Therapy Pillow is still secured within the palace by the time of Breath of Fire II. This seems to indicate that the Ryu returned it to Tunlan during his journey home after defeating Myria.

Tunlan is a self-contained fortified town, composed of a single massive structure. It's entire surface is paved in cobblestone, although a number of garden squares decorate the city. It employs a number of architectural motifs with double sixteenth notes engraved throughout the street and doric columns adorning the corners of the city and the entrance of residences. In Breath of Fire a lyre is engraved above the palace entrance, however, by the time of Breath of Fire II this had been changed to a sun symbol. A canal system provides water throughout the city and includes several waterfalls.

Palm trees are native to Tunlan and a number of flowering plants decorate the city. In Breath of Fire ducks can be seen swimming through the canals.

After the Goddess War, Tunlan was entrusted with safeguarding the Time Key. When the party arrives, they learn that the Princess of Tunlan has fallen in love with Emperor Zog who has promised her eternal youth if she will give him the Time Key. The Princess' royal attendants feel that she is being foolish and vocalize their objections. Her nursemaid asks the party to steal the key before the Princess can give it to Zog, however, the plan is foiled when the party incorrectly enters the code to the royal vault. The Princess and her Royal Guard confront the party and Bleu takes matters into her own hand starting a huge catfight among the girls. In all the excitement, Jade's Lieutenant Cerl sneaks in and obtains the Time Key. She reveals that Zog has reneged on his promise to the princess of eternal youth, and the party vows to win the Time Key back.

Tunlan is also home is an amnesiac member of the Wing Clan who looks like an older version of Nina. According to the elderly couple that took her in, she fell out of the sky several years ago and has never been able to recall a thing about her past or identity. After the conflict in Carmen with Cerl and Alen, the party realizes the amnesiac girl is a time-displaced Nina and they persuade Carmen's doctor to help cure her amnesia.

The party arrives in Tunlan hoping to use it's Therapy Pillow in order to enter Gandaroof's dream. However, after discovering that they can't understand the locals, the party travels to Highfort to obtain the Famous Flute. When the party returns to Tunlan, they are recruited by Granny to help heal the queen, who is suffering from a mysterious obesity-inducing illness. They work together with the wizard Gedd to shrink down and enter the Queen's body and destroy the monsters that have infected it. The party walks around within the queen's body watching the monster activity indicator and fighting until Gedd gives the all-clear for the quadrant section of body. There is no treasure except for monster drops, and no Zenny at all inside the Queen. Their efforts successfully cure the queen, and they are given the Therapy Pillow as thanks.

Monsters within the Queen's BodyEdit

The country's Japanese name translates to "Land of Music." It is possible that "Tunlan" is a contraction of "TuneLand" mirroring the tradition of other self-descriptive communities throughout the series such as HomeTown and FarmTown. 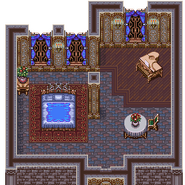 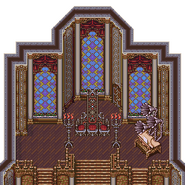 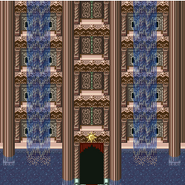 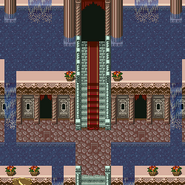 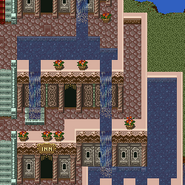 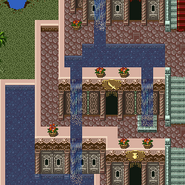 Add a photo to this gallery
Retrieved from "https://bof.fandom.com/wiki/Tunlan?oldid=36235"
Community content is available under CC-BY-SA unless otherwise noted.