The Breath of Fire II shamans are an interesting and unique part of the game. While 'gathering' them is not necessary to complete the game, they are an interesting aspect to the combat system. Essentially elemental magic users who can be fused with characters to enhance or change their abilities, the Shamans are scattered through out the game and the story.

There are 6 Shamans in the game: 5 hidden throughout the world and 1 in the final dungeon near Ryu's hometown. The Fire shaman (Sana) is the first one that Ryu meets, and she accidentally unlocks his ability to transform into a baby dragon. Left to right (in the picture to the right) they are:

The only 2 characters of Breath of Fire 2 that can't be enhanced are Ryu and Bleu (aka Deis).

Each Shaman, except for Seny, will boost one of the fused party member's stats by 25% of what it was when the fusion was conducted:

Not all party members are capable of fusing with all Shamans.  In addition to this, certain pairings will produce a recolored form of the character which modifies the bonus, usually for the better:

The third stage of Shaman fusion, and the primary reason to use the system, is combinations that produce a complete overhaul in the character's design.  Each of these forms boosts all of the character's parameters, not just the ones of the Shamans used, and potentially changes both their combat ability and out-of-combat ability. If a character can attain a transformation through multiple possible combinations of Shamans, the stat boosts are somewhat different for each version.

In case you no longer need a transformation or require a character's base form to progress, you can use the DivideBL item to undo the transformation. You can also undo transformations in the uniting chamber in Township. Transformation is automatically undone if the character enters critical HP, is knocked unconscious, or zombified. 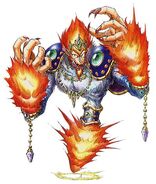 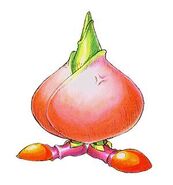 Spar (Solo)
Add a photo to this gallery
Retrieved from "https://bof.fandom.com/wiki/Shaman_system?oldid=36355"
Community content is available under CC-BY-SA unless otherwise noted.