Romero is a town in Breath of Fire. It is located east of Karma and west of Aura Cave.

Later, Ryu and his group attempt to go to Agua but are unable to enter. In search for clues they return to Romero and learn that the zombies have begun to attack the village animals. The party is pursuaded by the Village Chief's promise to help them if they rid the town of zombies. The party hears about the Cleansing Water which can be found in a cave to the south. They obtain the WtrJr from an Old Woman and retrieve the water, which purifies the earth ending the appearances of the zombies. True to his word, the Chief gives the group the Tablet which is needed to enter Agua.

The town's name is an homage to movie director George A. Romero, who is best known for his many zombie movies. 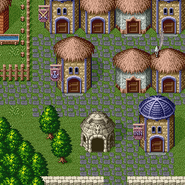 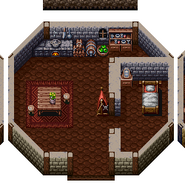 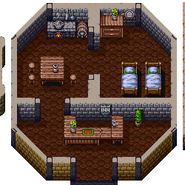 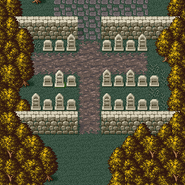 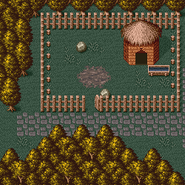 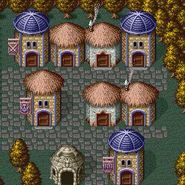 Add a photo to this gallery
Retrieved from "https://bof.fandom.com/wiki/Romero?oldid=34878"
Community content is available under CC-BY-SA unless otherwise noted.