"Born and raised in Dragnier Village. Was the village representative or "Headman" together with his brother. In order to rebuild the village that was burnt down by the Empire's army, as well as to search for his brother who disappeared during the raid, he stands up with his friends."
— Site Description

Hero is a character in Breath of Fire 6.

Role in Breath of Fire 6Edit

The Hero in Breath of Fire 6 appears to take the place of Ryu as the main character and appears as a customizable character that the player can change. Although the character's gender can be determined by the player, official material such as the animated trailer and webcomic use the male version.

The Hero is a resident of Dragnier Village, part of the family who has served as its chief or leader for generations and the younger brother or sister of Ryu. Following the Insidia Empire's attack on the village, they're found and helped by Peridot and together they track down other survivors, eventually reuniting with Gilliam and Jubei.

After the ordeal the Hero goes on a search for their brother and tries to rebuild what was once his home. While scouting ancient ruins in search of Ryu, he and his friends meet the amnesiac Nina, who then suddenly enters the ruins while proclaiming that "Ryu is calling". Quickly deciding to follow and protect her form the monsters in the ruins, the party goes after her.

Breath of Fire 6: The Inherited ForceEdit

In the official webcomic, the Hero is given the name Kai (カイ, kai?)).

Chapter 1: Kai and Ryu are first seen sparring in the village, with Ryu quickly getting the upper hand and defeating him. After some encouraging words from him, both are interrupted by Fei's sudden appearance, running away from a horde of monsters. Ryu tells his brother to seek shelter with Fei as he deals with the monsters, as he's ill-equipped to help. Before they can get away, however, they are faced by one of the monsters and saved by Gilliam's timely intervention. Given a real sword by the Wolba warrior, he takes down one of the last monsters in the attack, with Ryu noting to himself how much he has progressed.

The Hero strives to be a better warrior and always tries to prove his worth to his friends, specially to his brother Ryu who he admires and looks up to. He also appears to try to calm down Gilliam and Amelia whenever they start arguing. 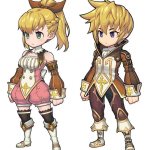 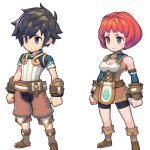 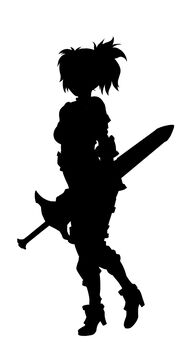 Add a photo to this gallery
Retrieved from "https://bof.fandom.com/wiki/Hero?oldid=36507"
Community content is available under CC-BY-SA unless otherwise noted.