Evrai is a location within Breath of Fire II.

Evrai is an island by itself that is home to the Grand Church. It is the headquarters of the St. Eva Church. It can be accessed only by air, namely the Great Bird. The island consists of a town by the same name, and an Inn on a separate part of the town.

Spoiler warning: Details of plots, secrets and/or endings may follow.

After the events in Windia, the party reaches Evrai to overthrow the church. At first glance, the place seems to be a sunny, tropical haven for St. Eva's faithful. The residents are all very happy and cheerful, praising St. Eva and the miraculous powers of Habaruku, the head of the church. The party try to enter the cathedral, but are prevented from doing so, by a Paladin. However, as the party tries to leave the town, they find their exit being blocked by a magic barrier. After this, talking to the townspeople reveals that they are nothing more than soulless corpses walking about. The party then ventures into the house of Claris, who reveals to them that she is actually a spy for rebels against the Church stationed at CotLnd, and allows them to leave through a secret passage in her house, leading to the inn outside the town. Attempts to re-enter the town are magically denied (you simply reappear back on the world map).

Having secured the way back into Evrai by obtaining the EvraiRD key from Father Manson / Necroman, the party re-enters town to find it back to it's illusory self. Entering Claris's house, the Resistance is there, but Claris is not. If the party missed the Tolen in the Shrine after JackDoor, this is their last opportunity to jump into the toilet to get it. The party speaks to Tiga to initiate the infiltration. The Resistance marches up to the door, and the armed monk tests the resistance members as they pass him. By the time it is the Party's turn, the armed monk has recited the teachings. He bids the party to pass, but thinks of another question. Failing to answer the question correctly (Evans) results in a battle with a Soldier. The party gains entrance to the church. 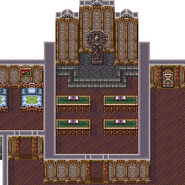 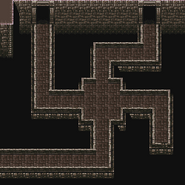 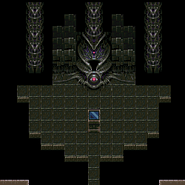 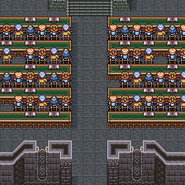 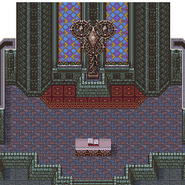 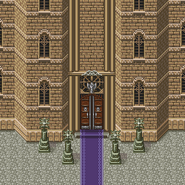 Add a photo to this gallery
Retrieved from "https://bof.fandom.com/wiki/Evrai?oldid=36283"
Community content is available under CC-BY-SA unless otherwise noted.