Start a Wiki
Coursair (or Colossea in Ryusui's Retranslation) is a location within Breath of Fire II. It is a big city known for the fights it hosts at the Colosseum.

Ryu comes to Cousair looking for the woman that has framed Bow for theft. After hearing a woman is participating at the Coliseum he goes to check it out.

After asking around town Ryu decides to try to join the event to see if he can get to the woman. He learns of a man called Baba and seeks him out to see if he could take his place. When Ryu returns he takes the identity of Baba and enters the competition. Ryu takes a test and passes allowing him to meet the manager Augus. He tells Ryu that his opponent is a female and it will be an easy win, but he has more of a plan. He tells Ryu that during the fight poison darts are going to be thrown at the girl he is to fight. Rand a man Ryu met at the pub and works at the coliseum checks on Ryu before the fight and tells Rand Augus' plan. Rand buy some Antdts to save her. After the girl is saved they return to the managers room who turns into a monster and attack them. 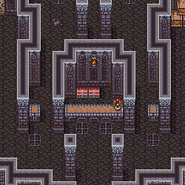 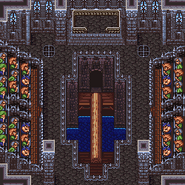 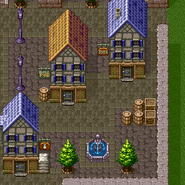 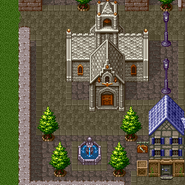 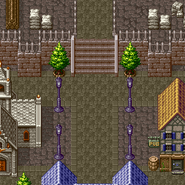 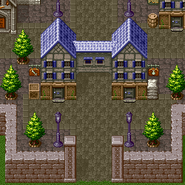 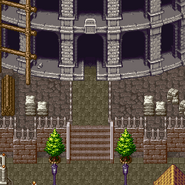 Enabling noclip with PAR code 7E12DE08 and speaking to the characters walking out of bounds at the colosseum, they all give the game's build time: "October 10th, 5:00 o'clock version!"

Retrieved from "https://bof.fandom.com/wiki/Coursair?oldid=36076"
Community content is available under CC-BY-SA unless otherwise noted.