Capitan is a town in Breath of Fire II.

When the party initially arrives in Capitan, they learn that several adults have disappeared while searching in the town's well for a missing child. Their disappearance is tied to an aquatic monster, Terapin, who has possessed them via the Chiroru: a species of parasitic insects. When the party ventures down into the well themselves, they are ambushed by a monster. However, Ray Braddoc, a travelling minister of the St. Eva Church, dispatches the creature. Having already met Ryu in Coursair, he asks the group to assist him in rescuing the townspeople. After defeating Terapin, the town's dam bursts, and Ray uses his magic to telekinetically hold back the oncoming water while the party rescues the trapped villagers. After the ordeal is over, Ray demonstrates his gratitude by bestowing a blessing upon one of the party members, which allows them to use either the Cure 2 or Renew spell, depending on how many of the villagers were saved. The player is able to select which party among Ryu, Bow, Rand, Katt, Nina, or Sten to receive the blessing.

A Strange looking woman is loitering in the space between the two buildings. When spoken to anyone other than Ryu, she expresses her desire to meet a handsome man. When Ryu speaks to her, she kidnaps him and takes him to JahWoods for experimentation.

When Ryu returns with Granny and Sana, a man is standing where Sana was to provide a convenient warp to Township.

After another arduous walk from Township, Ryu chooses a carpenter to build in the style of building that they live in. Meanwhile, the boat finally returns from SimaFort, and the man blocking the way has boarded the boat at the Harbor to W.Cape.

Capitan is unique in that it contains three distinct style of architecture -- ranch, stilt, and mughal -- with each style the handiwork of a different carpenter. After the party saves the villagers from the well, they'll have the opportunity to recruit one of the carpenters to build houses for Township. Once a carpenter is selected, the decision cannot be changed, and the other two will become unavailable. 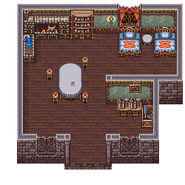 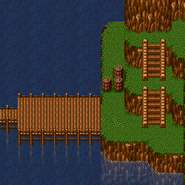 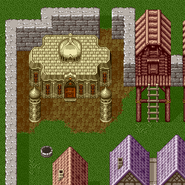 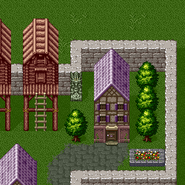 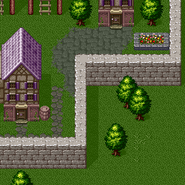 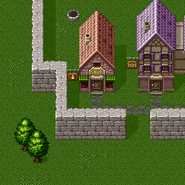 Retrieved from "https://bof.fandom.com/wiki/Capitan?oldid=36123"
Community content is available under CC-BY-SA unless otherwise noted.