Breath of Fire II, known in Japan as Breath of Fire II: The Fated Child (ブレス オブ ファイアII 使命の子, Buresu obu Faia Tsū Shimei no Ko?), is a role-playing game produced by Tokuro Fujiwara and published in 1994 by Capcom for the Super Nintendo. The game was later licensed to Laguna for European release in 1996 and was eventually ported to Game Boy Advance and re-released worldwide and officially made available on the Wii through the virtual console. Breath of Fire II is a direct sequel to Breath of Fire, taking place roughly 500 years after the events of the first game.

The core structure of the game is very similar to Breath of Fire, consisting of four modes of play: the world map, the field map, a menu screen, and a battle screen. The world map is seen through an aerial view display in which players freely navigate across a small-scale version of the game world. Enemies are randomly encountered while traveling through field maps or the world map. As the player character moves around, other members of his traveling party walk behind him in a line. Group lineup can be rearranged at any time, allowing another party member to become leader. Each character has a unique skill which can be used outside of battle; depending on who is currently leading the group, the player can use these skills to fish, hunt animals, bridge chasms, or swim across water. Certain characters must be recruited before players may have access to entire world map.

Hunting and fishing once again play a role, though Breath of Fire II features more opportunities to do so than its prequel. Hunting areas are indicated by tufts of grass which randomly appear on the world map; by entering the grass leaves, the party is automatically transported to a tiny field map populated by animals. Only select characters have the ability to hunt; Bow comes equipped with a crossbow, while Katt attacks with her staff. Animals are easily spooked and will run away if they spot the player character. They take anywhere from 1-10 hits to defeat (depending on their size), whereupon they transform into a restorative item which can be stored away for later use.

Fishing spots behave in a similar manner, with the exception that Ryu can only fish in an area with water. The viewpoint switches to a side-view during a fishing sequence, which shows Ryu standing over a coral reef. Players have to outfit Ryu with a rod and a lure (purchased at most shops) before he is able to fish. An on-screen meter measures the strength of Ryu's fishing line. Once a fish bites the lure, the Tension meter will rise until Ryu reels in the fish. If the meter reaches maximum, the line snaps and the fish goes free.

The fictional world of Breath of Fire II is very reminiscent of the previous game, though very few locations have survived the 500-year transition. Windia, home to the royal Wing Clan, still resides to the north. New species include the Shell Clan, a race of giant armadillos, and the Creeping Clan, a monarchy of artisan frogs. The Dragon Clan from Breath of Fire has all but perished, leaving only scattered statues as proof of their existence. A new religious idol named St. Eva has replaced the Dragon God, and the St. Eva church is rapidly becoming popular all over.

Long ago, a demon attacked the woodland town of Gate. According to local legend, a huge dragon suddenly appeared and banished the demon away. The dragon can still be found slumbering on the outskirts of Gate, where it guards the entrance to Infinity.

Ryu begins the game as a young boy, the son of a priest in the town of Gate. When his sister Yua Bateson goes missing, Ryu's father asks him to fetch her before she gets into trouble. Ryu's search eventually leads him to the wilderness outside Gate, where he finds Yua napping beneath the head of a sleeping dragon. Acting on Yua's advice, Ryu follows suit and falls asleep under the dragon. When he awakens, his family has disappeared, and no one in town recognizes him. Later that night, a young orphan named Bow decides to loot the church. Finding nothing of interest, he decides to accompany Ryu on his way to another town.

Many years later, Ryu and Bow are living in HomeTown, performing odd jobs for the Ranger's Guild. After an item is stolen from the home of a wealthy man, Bow is falsely accused of the theft and forced to flee. With the authorities out looking for him, Bow is left with little recourse but to go into hiding, leaving Ryu to find the real thief. 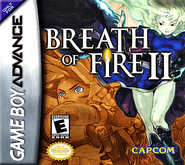 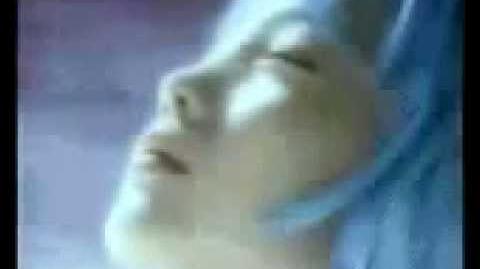 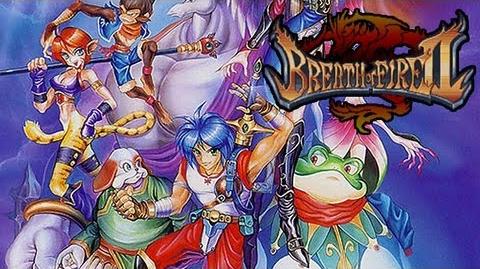 Retrieved from "https://bof.fandom.com/wiki/Breath_of_Fire_II?oldid=36990"
Community content is available under CC-BY-SA unless otherwise noted.