Breath of Fire 6 (ブレス オブ ファイア６ 白竜の守護者たち, Buresu obu Faia 6 Hakuryuu no Shugosha-tachi?, lit. "Breath of Fire 6: Guardians of the White Dragons") is a fantasy role-playing video game developed and published by Capcom. It is the sixth and most recent installment in the Breath of Fire series. The title was first announced in August 2013 during Capcom's Network Game Conference in Japan, where it was given a tentative local release date of 2014. Originally envisioned as a social game, it was subsequently delayed in order to expand the title's scope to include more traditional role-playing elements. The game was ultimately released in Japan on February 23, 2016 for Microsoft Windows computers and Android devices, with an iOS version released on July 12, 2016. Although initially popular, the game met with overwhelmingly negative player feedback[1] and its player base quickly shrunk.[2] The game's server shut down on September 27, 2017, after only six of the game's eight planned episodes were released.[3]

The story takes place 1,000 years after an apocalyptic battle that ended when a young man utilized the devastating "Power of the Dragon". The fallout from this conflict resulted in the gradual desertification of much of the world. Over the years, the peoples of the world have created new communities, paving the way for an era of peace. However, this tranquility is interrupted when the expansionist Insidia Empire begins to covertly invade and conquer many of the world's smaller countries. One of the many territories that fell under the Empire's control was Dragnier Village, the home and birthplace of the Hero.

In the wake of the Empire's attacks, the village was decimated and many of its inhabitants were killed. Peridot, a traveling magician, finds the Hero unconscious and manages to wake them. The Hero regroups with their allies only to find that Ryu, the town's mayor and the Hero's older brother, is missing. This sets into motion the player's quest to simultaneously locate Ryu and halt the spread of the Empire's power.

Breath of Fire 6 will feature gameplay that has not been shown previously to the series and will also implement new elements.

Combat will have a heavy focus on AI controlled Fellows and a combo system. Fellows and the player will each have their own skills which will help the player form timed combos. Combos will work by using skills and combining spells that a character can use. Spells such the Flare line from previous games will be returning. A combo will work like: Flare + Fireblast = Fire Elemental Chain Combo.

A customizable character will be controlled by the player, this character's name is Hero. The Hero's appearance, gender, skills, and stat growth will all be player controlled. The Hero is also said to have the "Power of the Dragon" which will allow the Hero to use Dragon Transformations.

The game will feature over 600 pieces of armour and weapons including the GooKing Sword.

More than 350 characters, including some important ones like Nina, will be able to become Fellows to the Hero. The player will be able to change the jobs and skills of their Fellows, who will become residents of Dragnier's Community.

The game features a large roster of characters, including over 350 NPC's. Some of the game's key characters include: 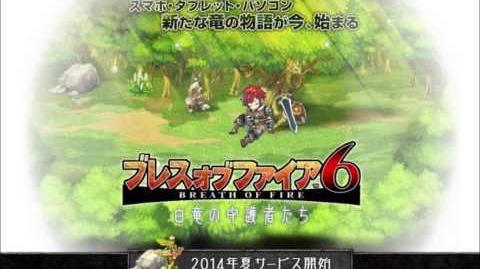 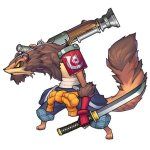 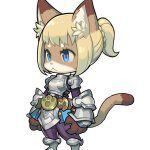 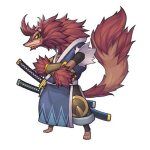 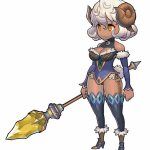 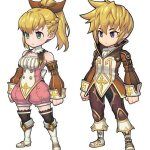 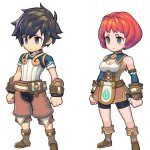 Retrieved from "https://bof.fandom.com/wiki/Breath_of_Fire_6:_Guardians_of_the_White_Dragon?oldid=38674"
Community content is available under CC-BY-SA unless otherwise noted.